(BCCI/IPL Photo)
Kolkata Knight Riders went into the second qualifier against Delhi Capitals on Wednesday claiming they have a better understanding of the sluggish pitch in Sharjah. KKR captain Eoin Morgan had no hesitation to bowl first the moment he won the toss.
Not surprisingly, their pacers and spinners found the absolute length straightaway to stifle the Capitals batting and restrict them to a modest total of 135/5. Just when their fairytale run seemed to have been coming to a heart-breaking end in the back end of the chase, Rahul Tripathi smacked R Ashwin's long hop over the long off boundary to seal a three-wicket win with a ball to spare.
Scorecard | As it happened
The match should have never gone that far with 11 needed to win off 20 balls and seven wickets in hand. When dew took over, the KKR openers Venkatesh Iyer and Shubman Gill cruised through the chase as if they batted on a different surface to knock over the target to make it to the final against Chennai Super Kings on Friday.

The last-minute drama notwithstanding, the heart-breaking unravelling of the Capitals in the last week has coincided with KKR's remarkable comeback story in the second half of the IPL this year.

WHAT. A. FINISH! 👌 👌 @KKRiders hold their nerve and seal a thrilling win over the spirited @DelhiCapitals in the… https://t.co/WCJY2ohJwg

For most of their innings, it seemed the Capitals batters were running in the desert sand in search of an oasis. In contrast, Venkatesh was on cruise mode on still water making it easier for Gill who finished with 46 off 46. Venkatesh never let the Capitals back in the game and when he finally holed out at the deep square-leg boundary off Kagiso Rabada for a 41-ball 55, he had ensured Capitals' wheels had come off at 96/1 in the 13th over.

The pitch was tailor-made for Varun Chakravarthy, Shakib and Sunil Narine. Unsure of the par score, Capitals batters looked like taking the more conservative route once they lost Prithvi Shaw LBW to Chakravarthy for 18 off 12 balls in the fifth over of the innings.

In the sapping heat under the Sharjah night sky, Capitals did find some sprinkling of water through some lusty blows into the stands through Shikhar Dhawan (36 off 39) to start with followed by Shimron Hetmyer (17 off 10) and Shreyas Iyer (30* off 27) to end.

But Venkatesh did everything the Capitals batters resisted against. Skipping down the track to both pacers and spinners with consummate ease, the southpaw demonstrated temperament against international quality attack. He ensured Capitals bowlers never settled into a length like their bowlers did.
As the Capitals batters looked to increase the run rate, the pitch got slower by the over. Shreyas' eyes lit up when Shakib Al Hasan sent down two rank long-hops but they ended up bouncing only ankle high. The struggle was real.
1/13 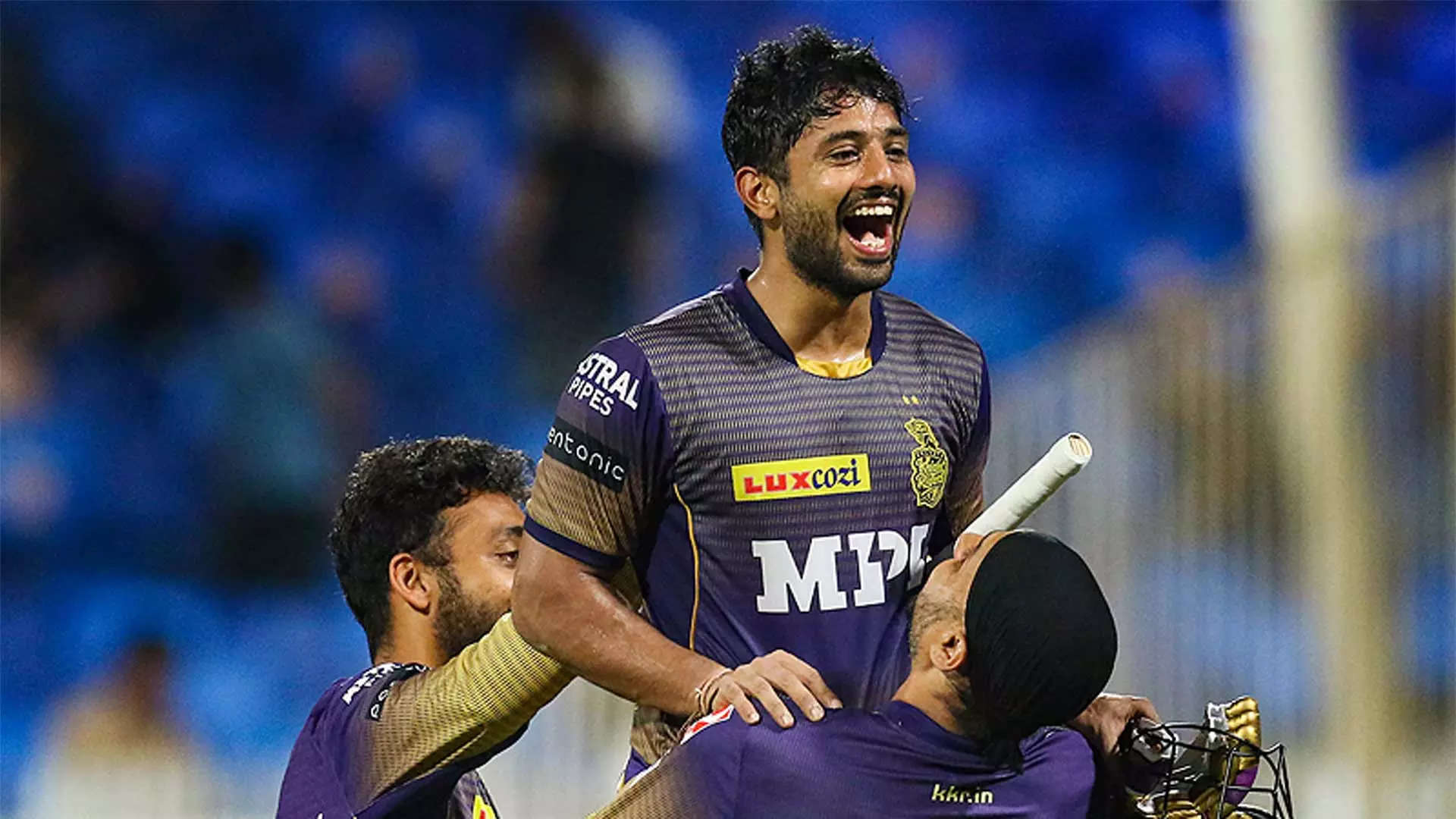 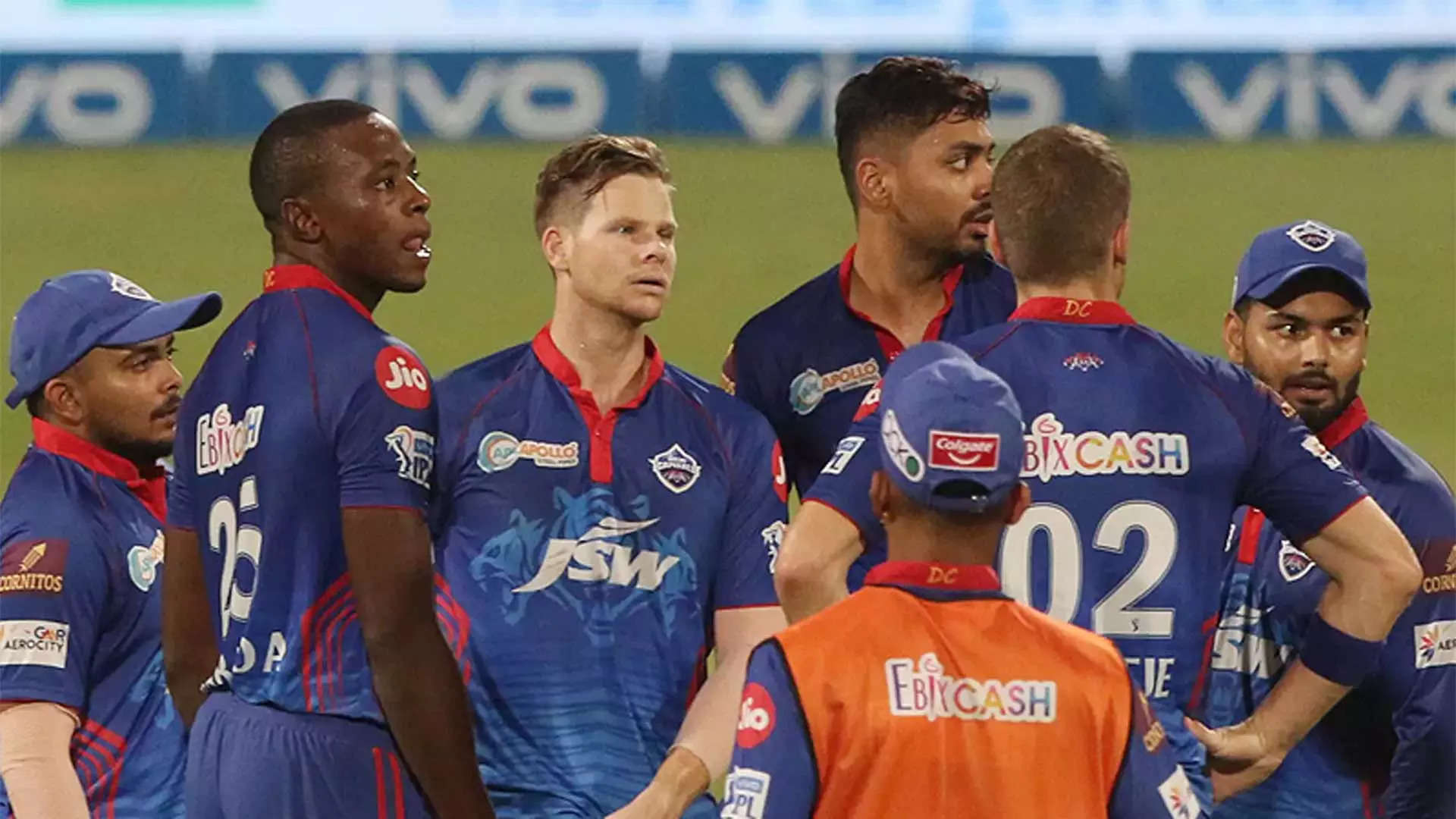 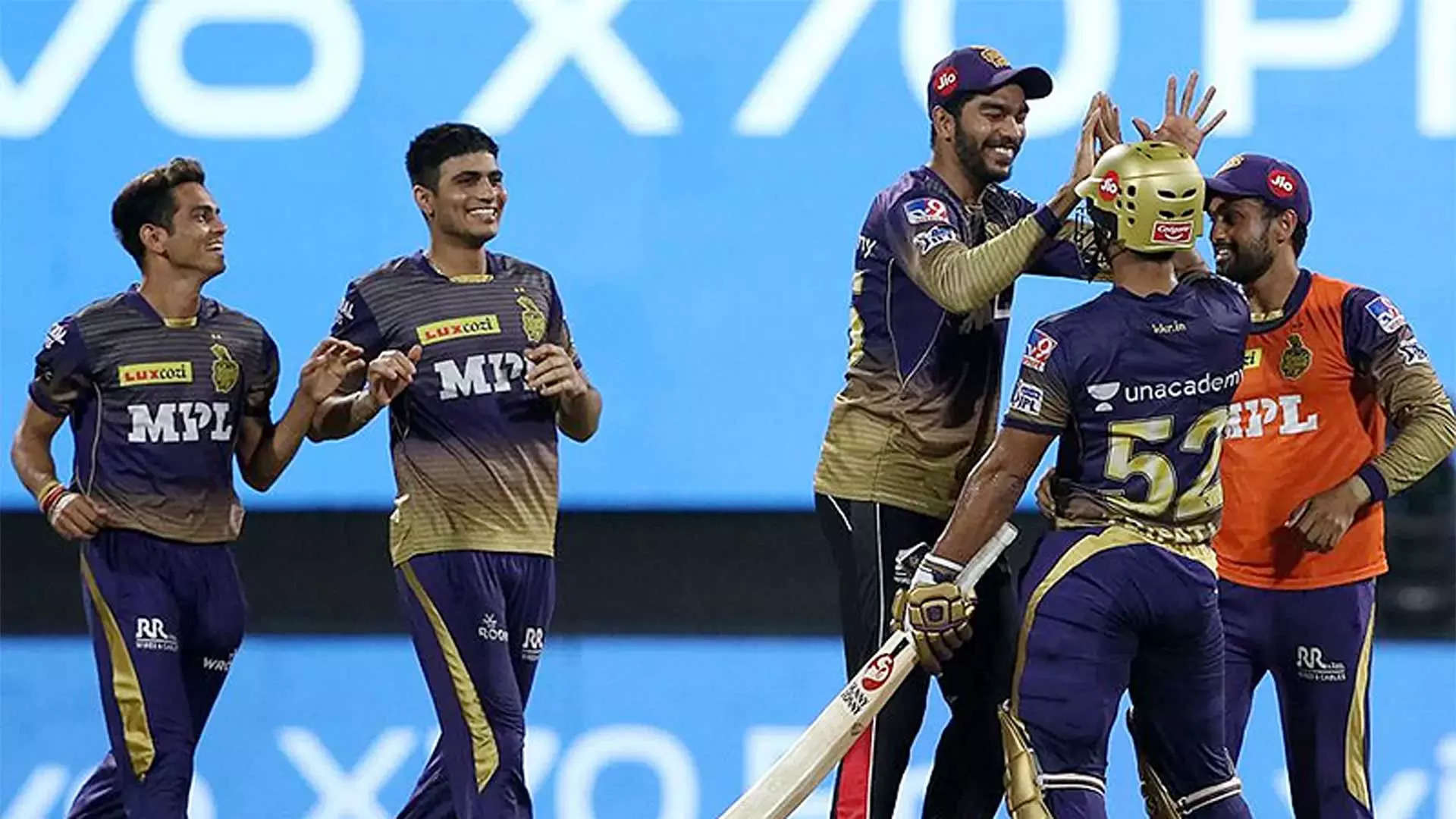 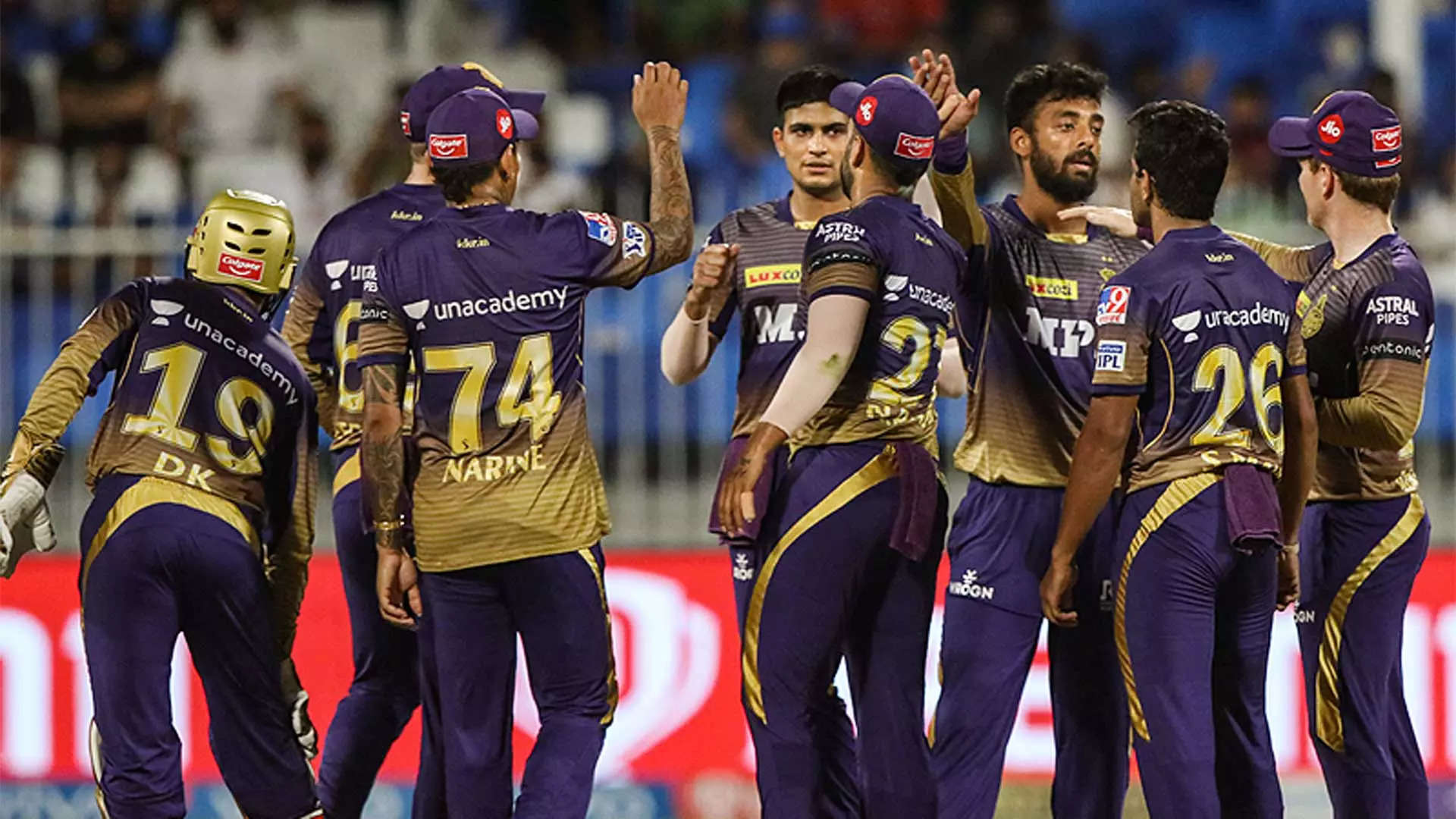 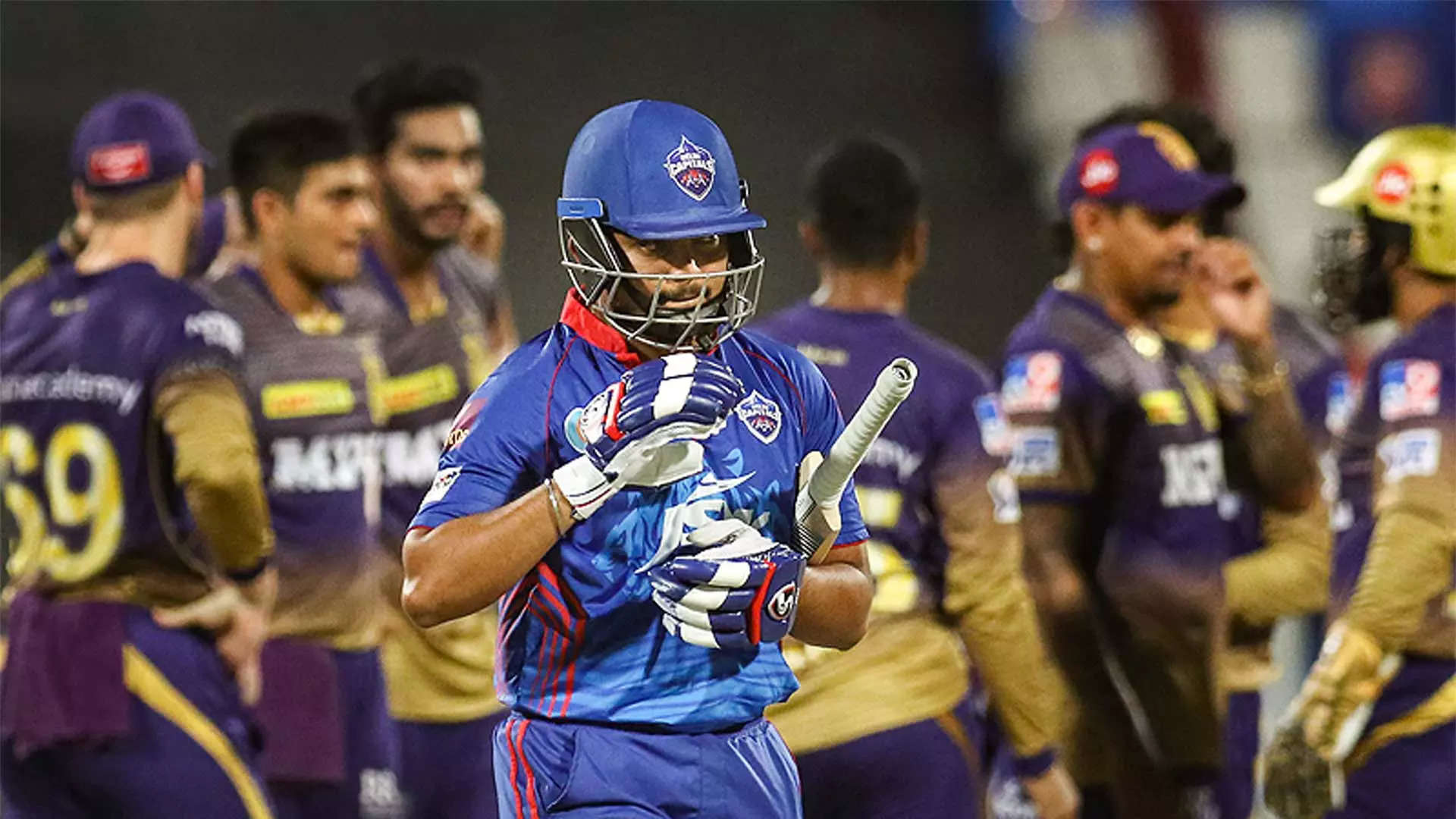 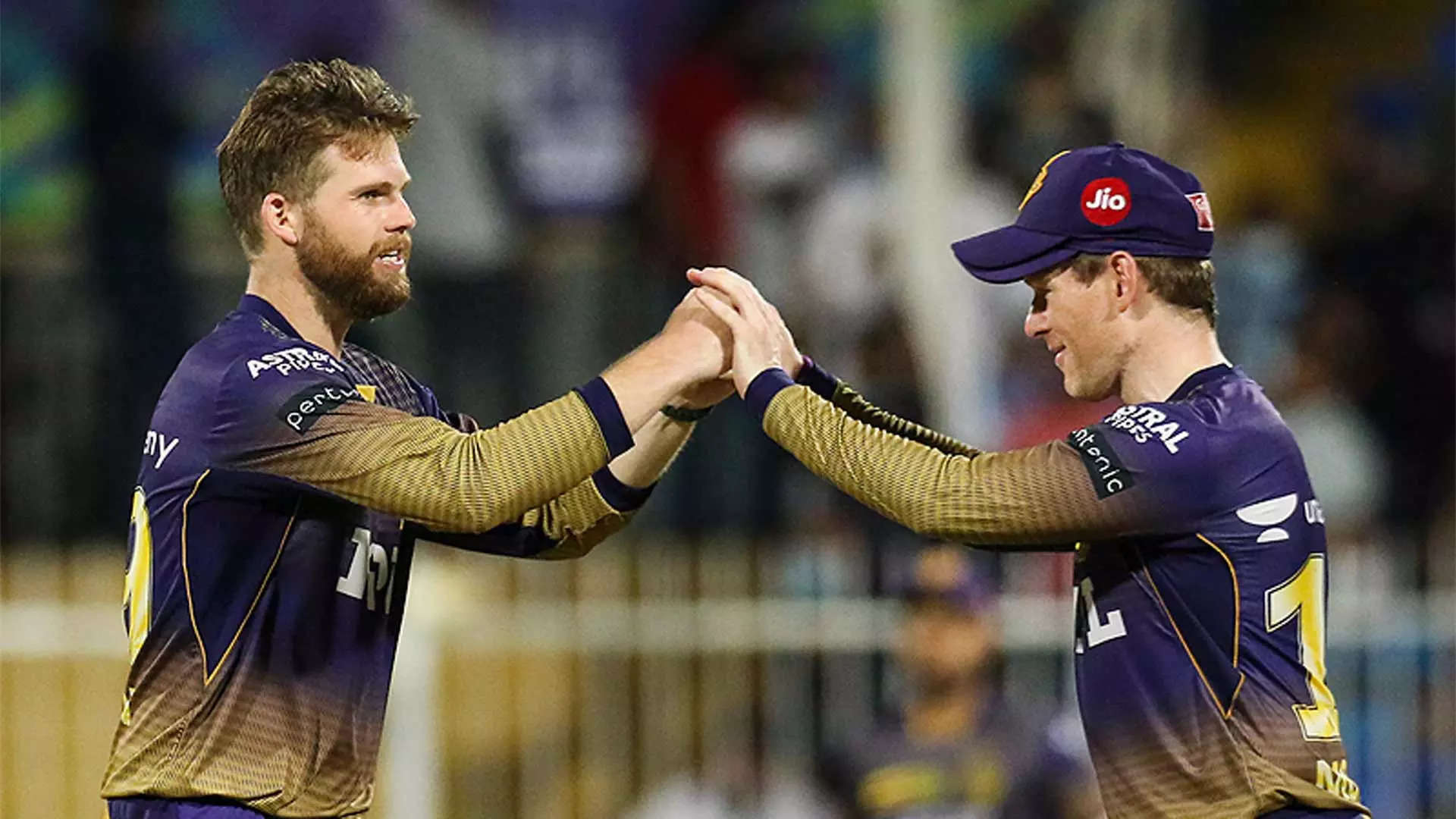 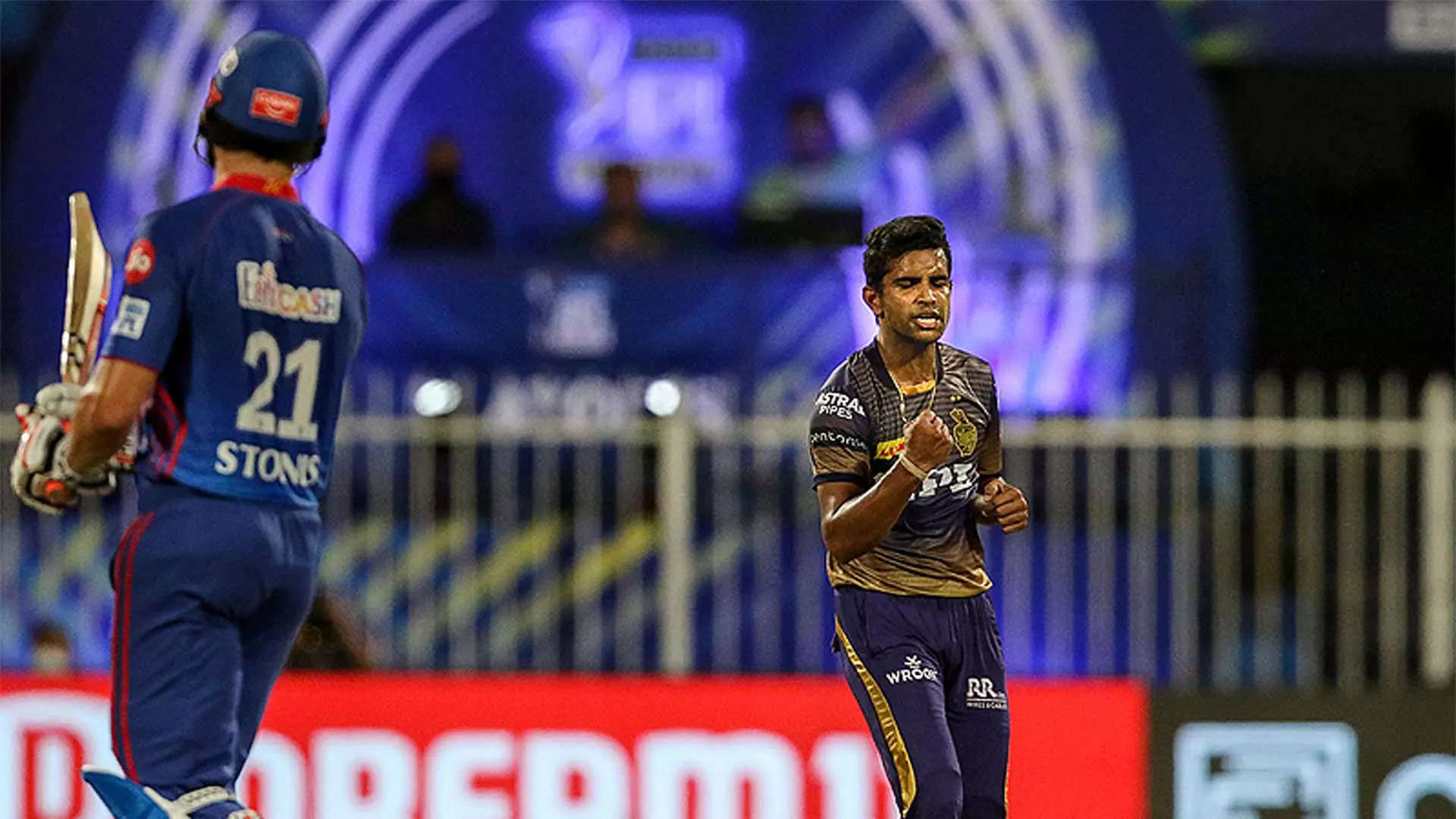 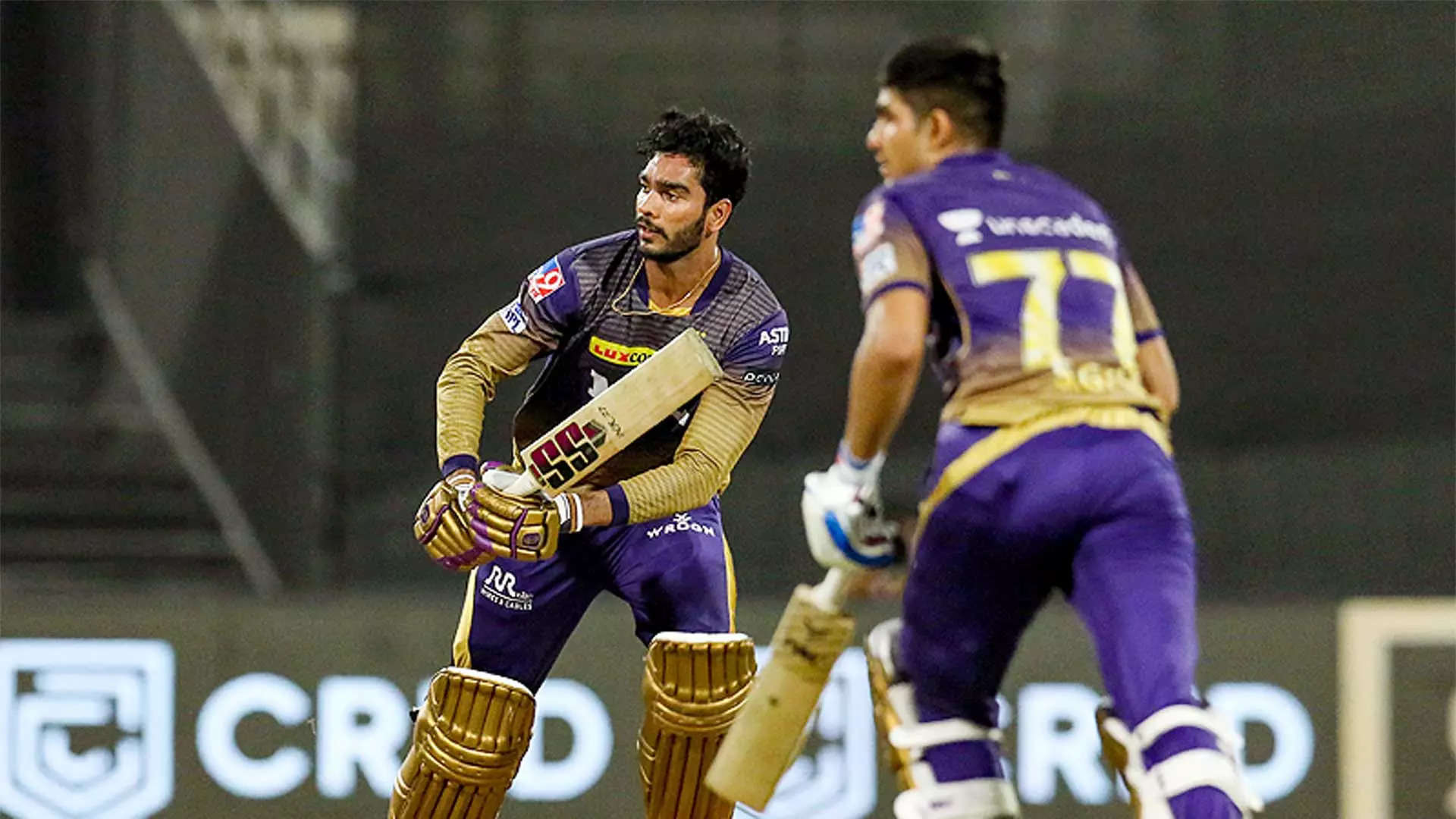 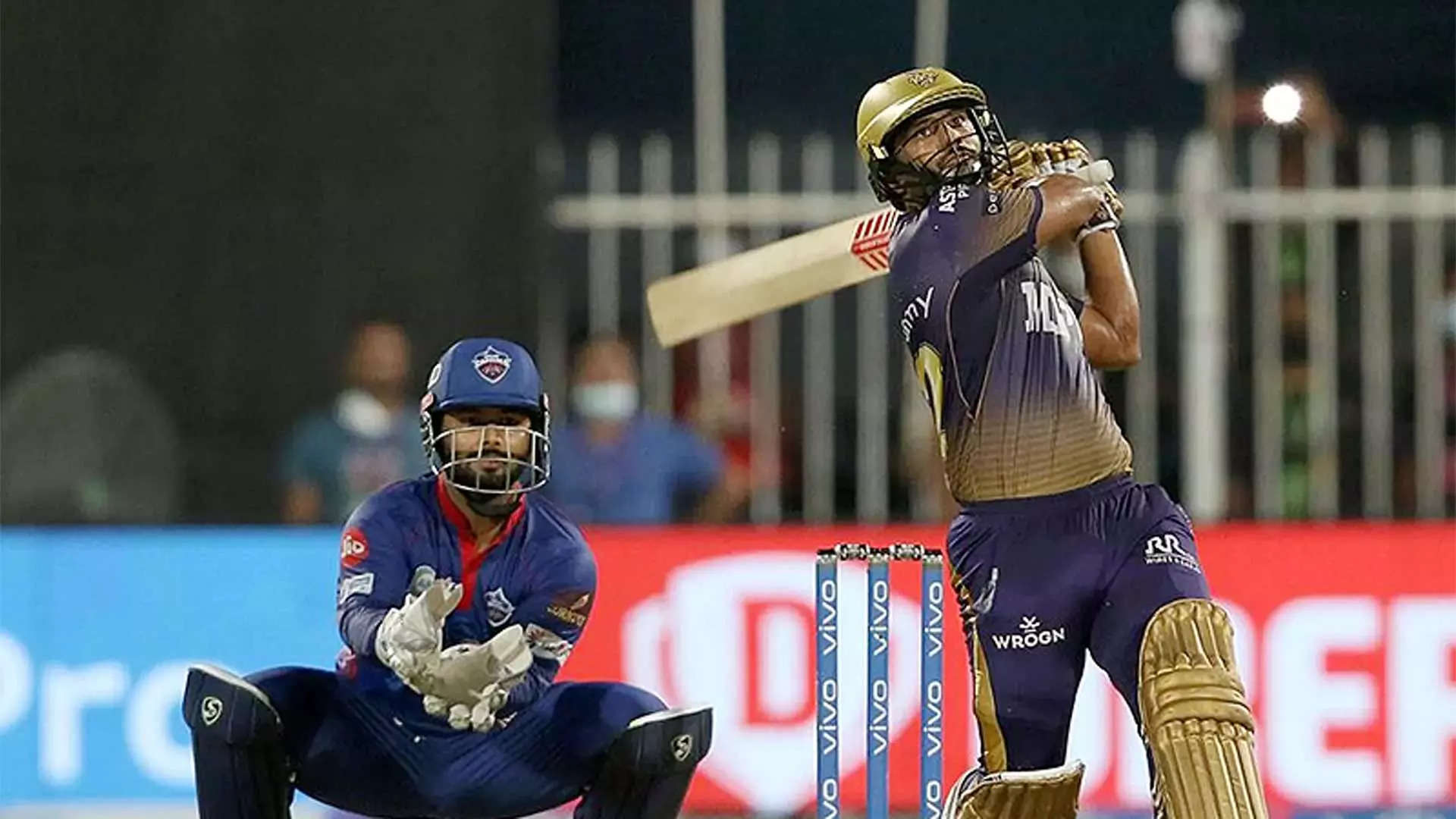 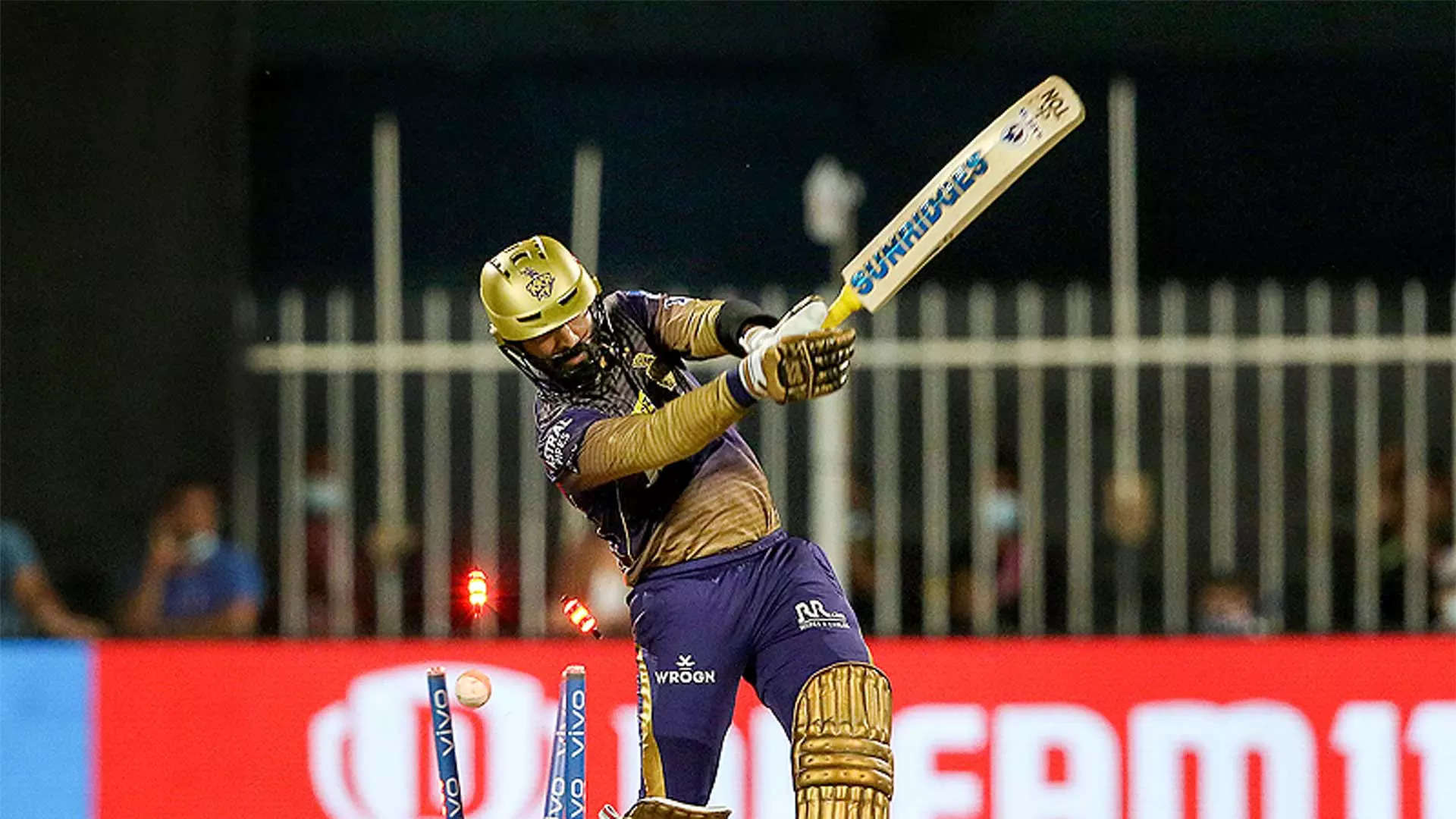 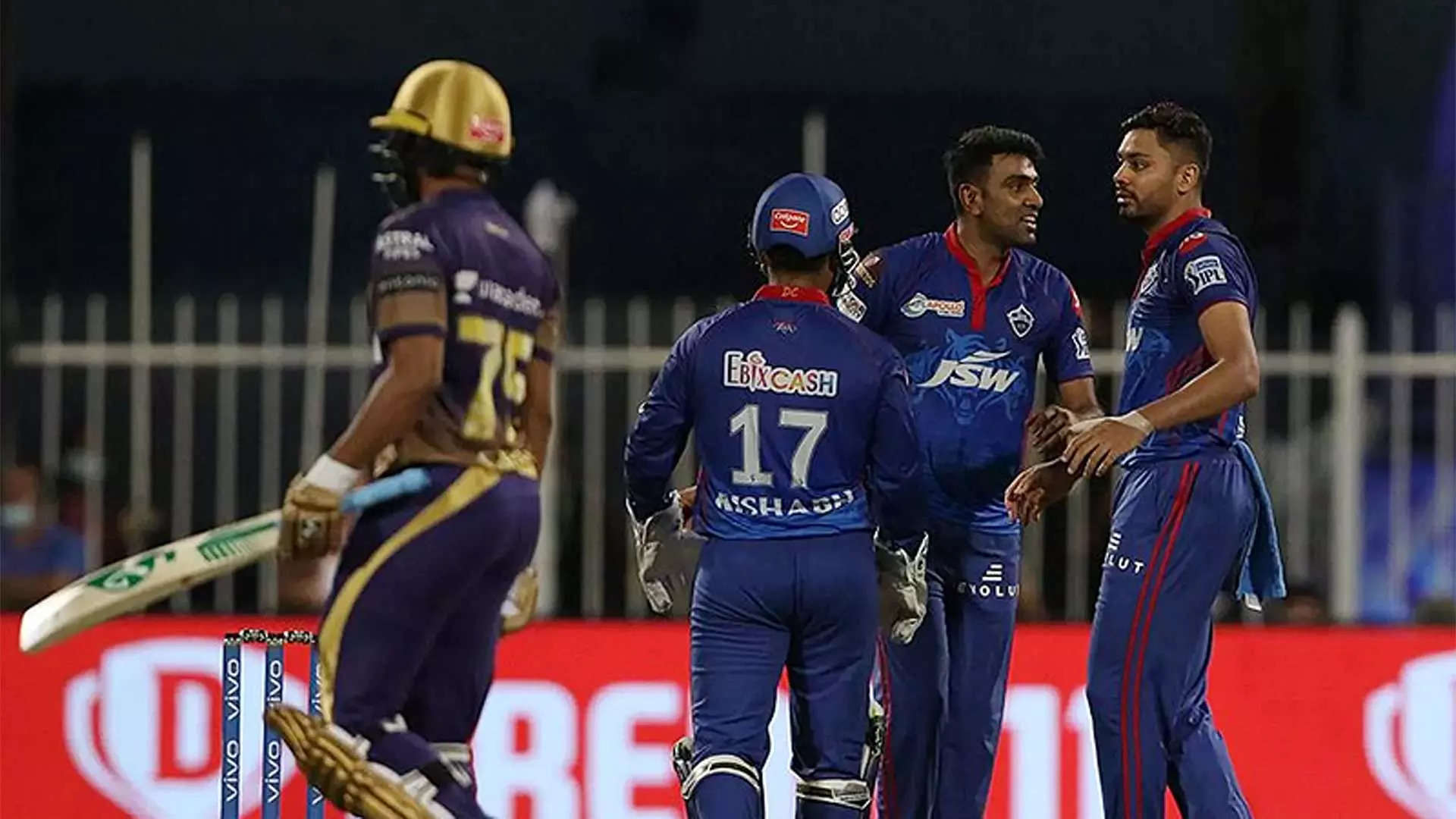 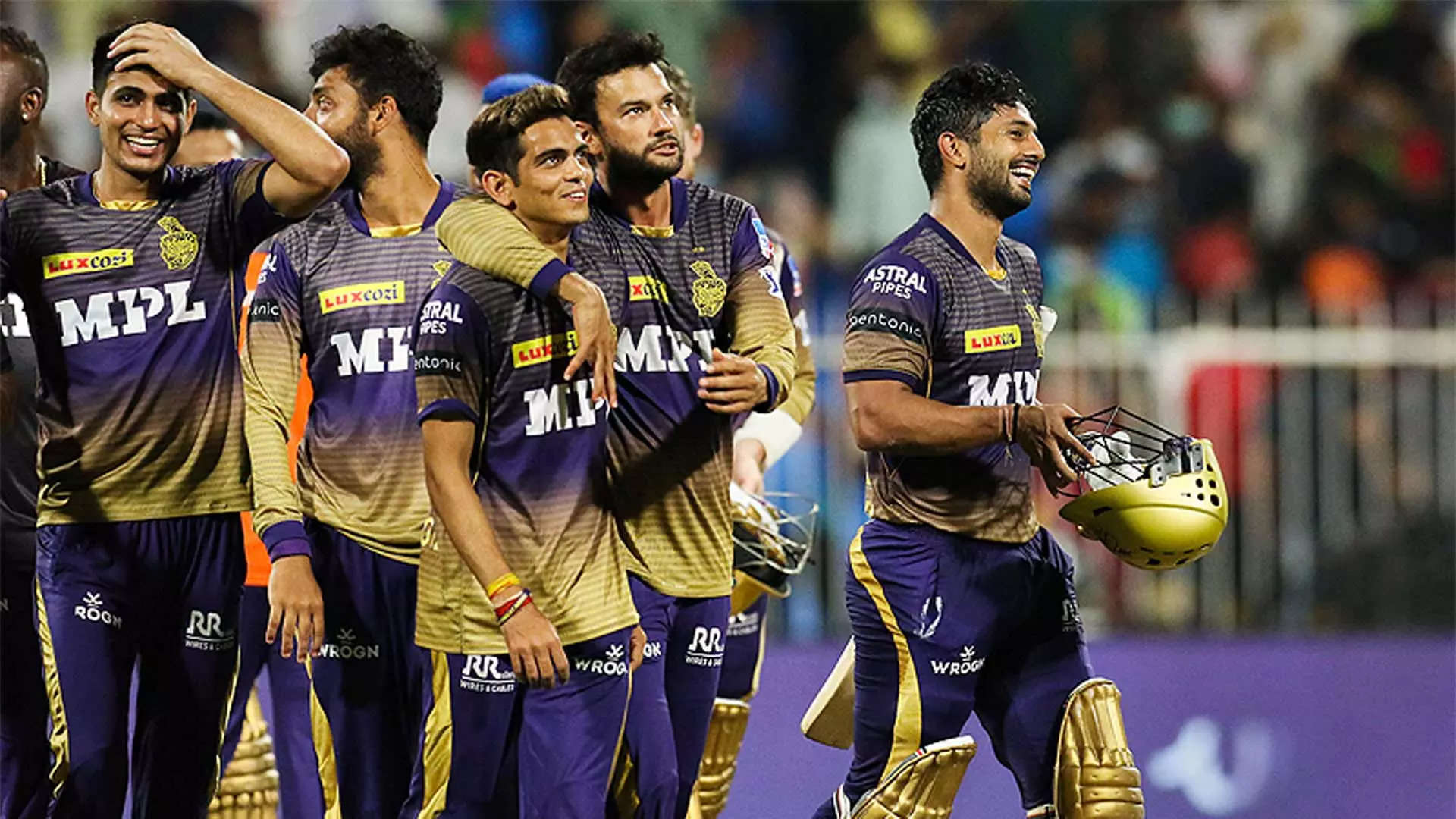 FOUGHT TILL THE FINISH 💔As heartbroken as we are, we've got to applaud our DC stars for a great #IPL2021 campaign… https://t.co/3vve2lgNSu

In such circumstances, Dhawan and Shreyas decided to bat through. Focus was more on hitting gaps and rotating the strike. Runs came in a trickle. The dot ball percentage soared. At 83/3 in the 15th over, Dhawan had enough and skipped down the track to Chakravarthy and miscued the hoic to be caught by Shakib at point for a painful 36 of 39. Chakravarthy raced through his overs for 2/26.

Capitals tried Marcus Stoinis, back from his injury, at No. 3. Lack of game time and pace off the pitch turned it into a nightmare for the powerful Aussie whose struggle ended at 18 off 23 with Mavi knocking over his stumps.
Skipper Rishabh Pant had very little time to settle in and tried to smack Ferguson straight down the ground only to be holed out at mid-off.

Hetmyer, after getting a reprieve with Chakravarthy overstepping, offered impetus to a sluggish innings with two sixes off Ferguson. Shreyas salvaged his strike rate in the last over of Mavi to finish with an unbeaten 30 off 27 balls.
With dew settling in, the total always seemed vulnerable for Capitals.

Hot on the Web